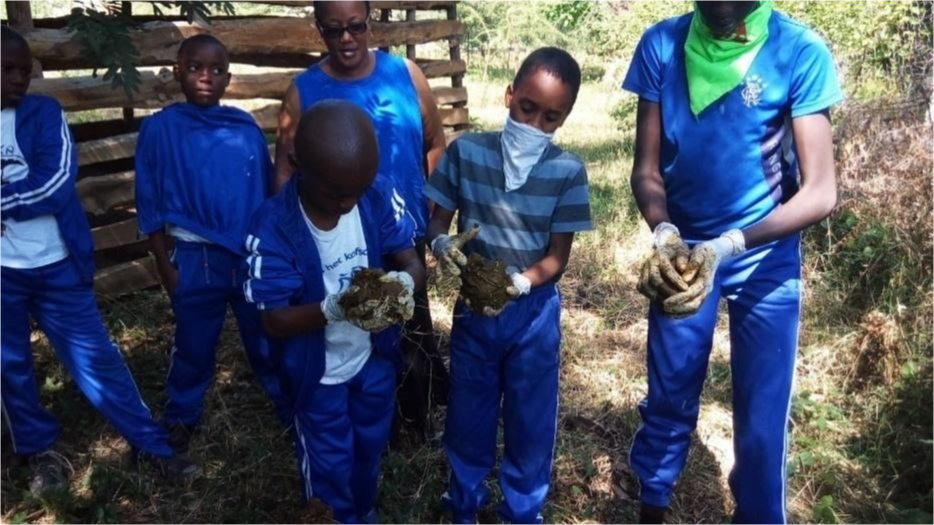 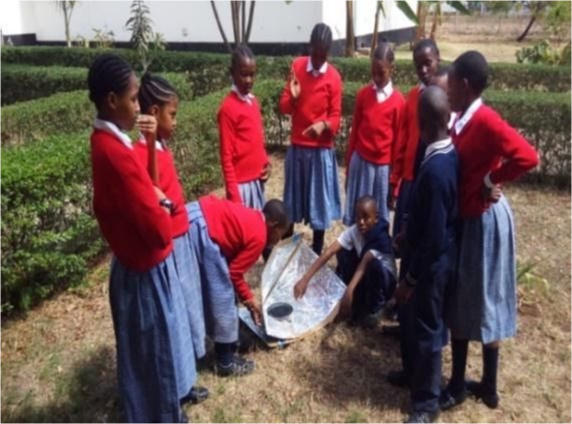 Teachers at the Dinka school, in Arusha, learned the Full-CircleLearning model from Maureen Mungai, when alumna Gretchen Newcomb funded a project there.

As of 2020, orphaned girls continued to conduct service projects at the Scion Center, such as sewing bags for elders in the community and performing the Unity Circle Dance for a distance learning course. Frank Mollel conceived projects to help girls learn both job skills and life skills.

One inspiring wisdom exchange had occurred in 2016, when theArusha students realized that the classrooms were filled with only boys, as the girls were out collecting firewood. The deforestation, as well as girls’ education, became important to the boys.

The boys designed a plan to teach the adults to make dung patties for cooking, to replace kindling as the primary fuel source. They felt happy when the community learned
this process and the girls returned to school. Meanwhile, theClimate Change Agents camp in Nevada County compared dung patties with solar energy. They made a sample of a portable cardboard solar oven and sent it to Tanzania with orphanage co-owner Frank Mollel, who trained the students to use recycled materials to make more ovens.

In two months, the American students received news that the solar ovens, heretofore unheard of in the community, had caught on. Everyone was using them, with training provided by the girls and boys at the school, who now learned together.

Below, teachers gather at a training session at the Arusha School. 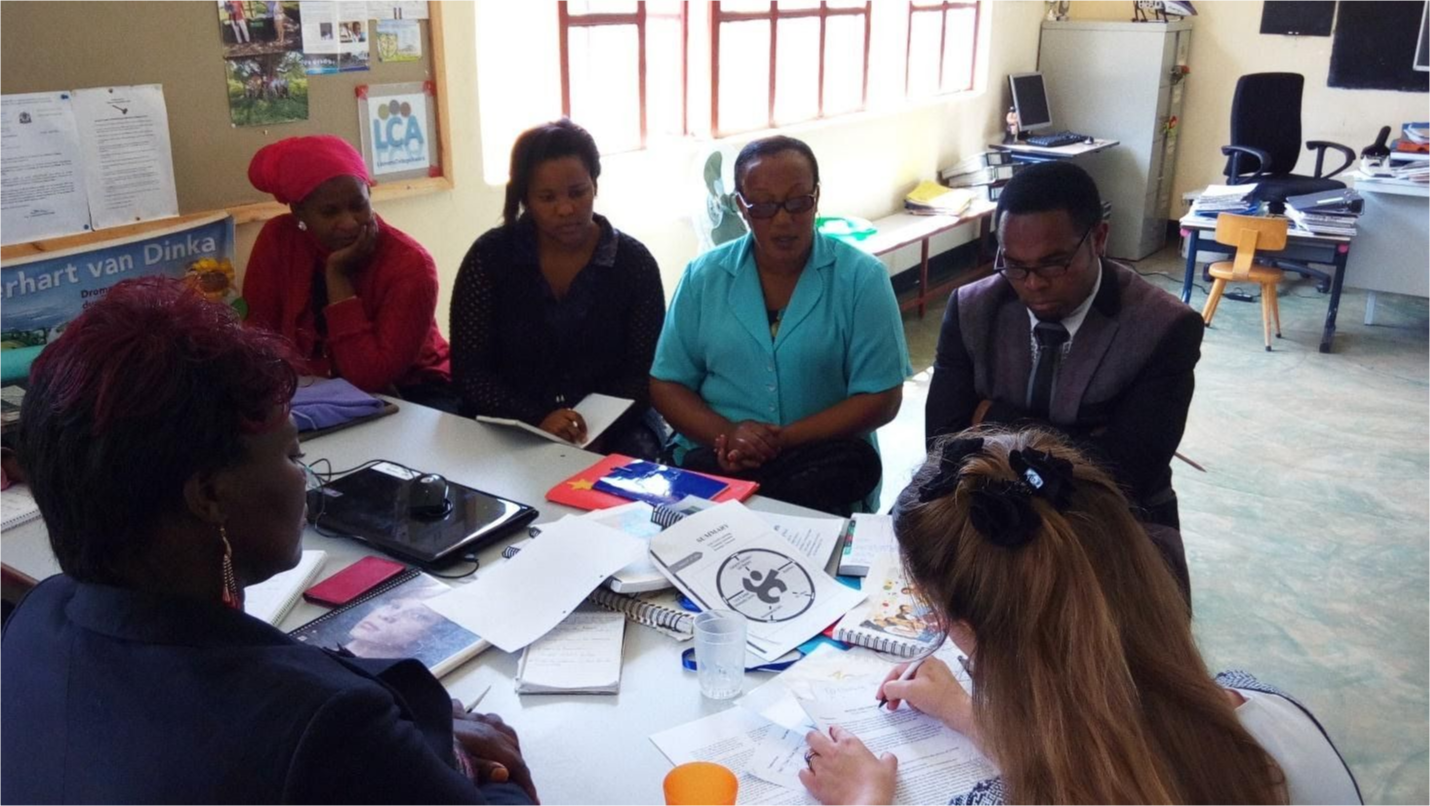