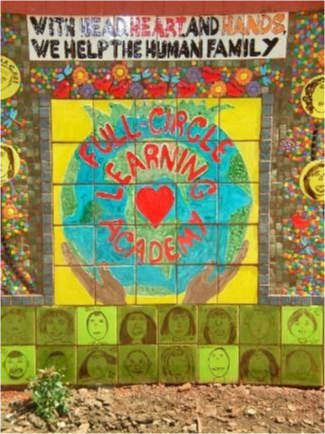 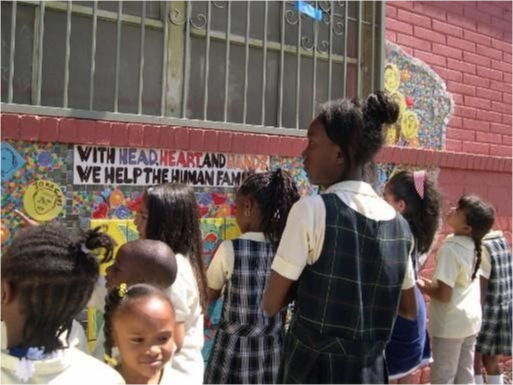 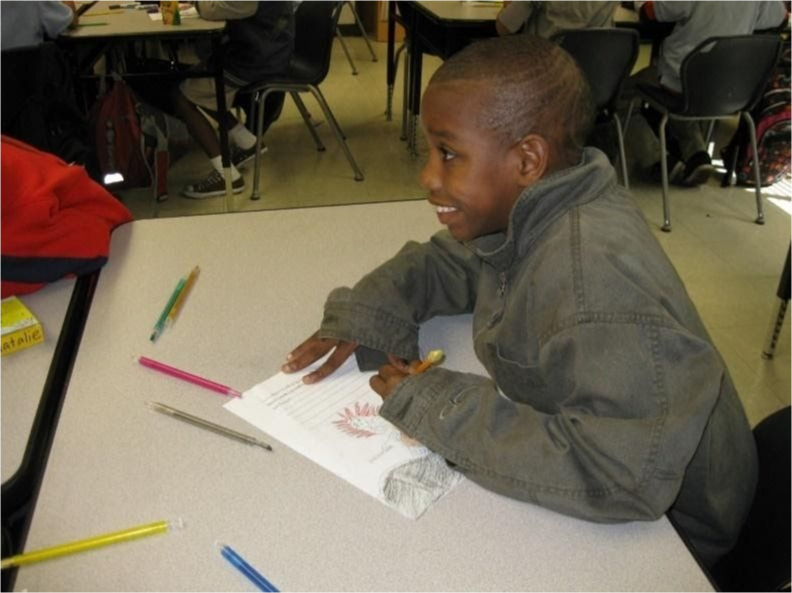 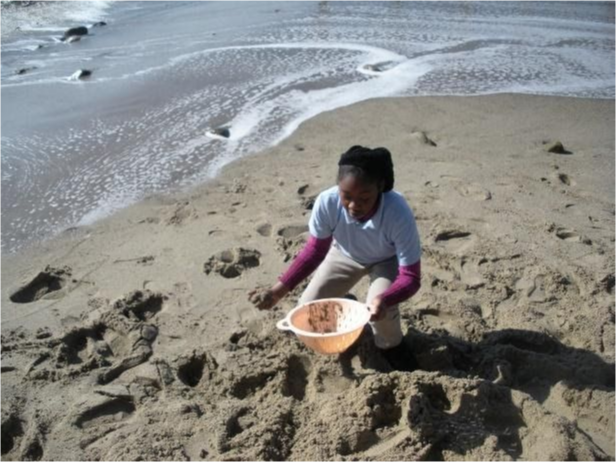 The infusion of projects in which learners teach the community appears in FCL projects around the world. The first pilot program and its consequent FCL Alumni club practiced the concept to its greatest extent. In this case. After entering secondary school and seeing how violence affected learning, they and their families vowed to start a K-8 charter school in the inner city. The process took years, but their recruitment efforts helped fulfill the requirements of the approval process. They later supported and encouraged the school, which raised motivation, conflict resolution and academic skills over the course of five years, doubled in size and occupied two campuses.

At an elementary school graduation ceremony one year, one student spoke about the coral reef project, in which the class had written to then-President Barack Obama to assist them in their research and campaign to mitigate the profound effects of coral reef degradation. Because he hailed from Hawaii, they reasoned, he President would assist them in their campaign. One graduate told the audience, “I was a terrible writer. I never knew why I should learn. After and revising my letter so many times before sending it, now I know!” Here, one classmate worked on a coral reef illustration while another analyzed beach pollution.

A learning unit on Empathy led second- and third-graders to make statistical charts concerning the causes of homelessness. They resolved hypothetical conflicts. They created art based on the faces of homeless people captured in a photography book. Pictured here, they marched at a downtown event to give homeless people a face, also writing appeals to their city leaders imploring them to consider the housing challenges of the homeless population. At last they wrote to their wisdom exchange partner school in India, asking if they had further ideas on empathy for homeless people.

The Full-Circle Learning Academy in India conducted a project in response. They wrote a letter describing the “orphaned grandparents” in their midst as the most impoverished in their community. The Indian children made a book of poems and beautiful mosaics from recycled materials. They brought a copy to the elders and shared a copy with the Los Angeles students. They had presented food, gifts, and “kisses in exchange for blessings,” because the grandparents had no one to bless.

Teary-eyed, the teachers read the letter to their students in Los Angeles, many of whom lived with their grandparents. A silence followed, then hands shot up in the air. The learners suddenly wanted to know where they could study the Tamil language and how to qualify to go to college and earn enough to permit travel. They had redefined poverty and wanted to gain new wisdom from their brothers and sisters in India.

In another wisdom exchange, middle school students at the Full-Circle Learning Academy integrated a study of respect into mathematical surveys, science concepts in genetics, social studies concepts in water conservation, and supporting literature and art. They sent their respect quilt to Blessed Vale School in Zambia as part of a wisdom exchange. The teacher felt moved that her project-based learning had resulted in community change not only nearby but a continent away. For their part, the Zambia students did not have desks but expressed increased motivation to learn, based on the exchange. 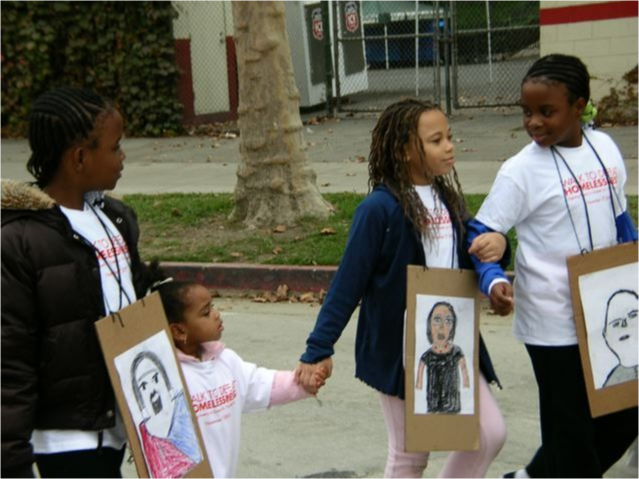 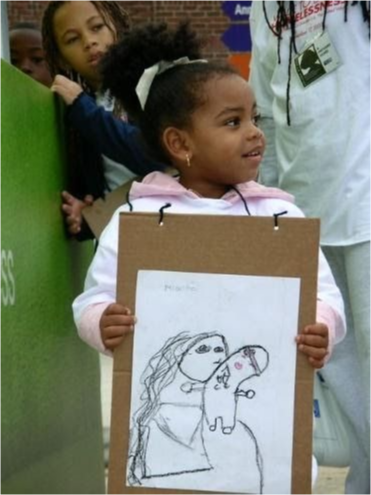 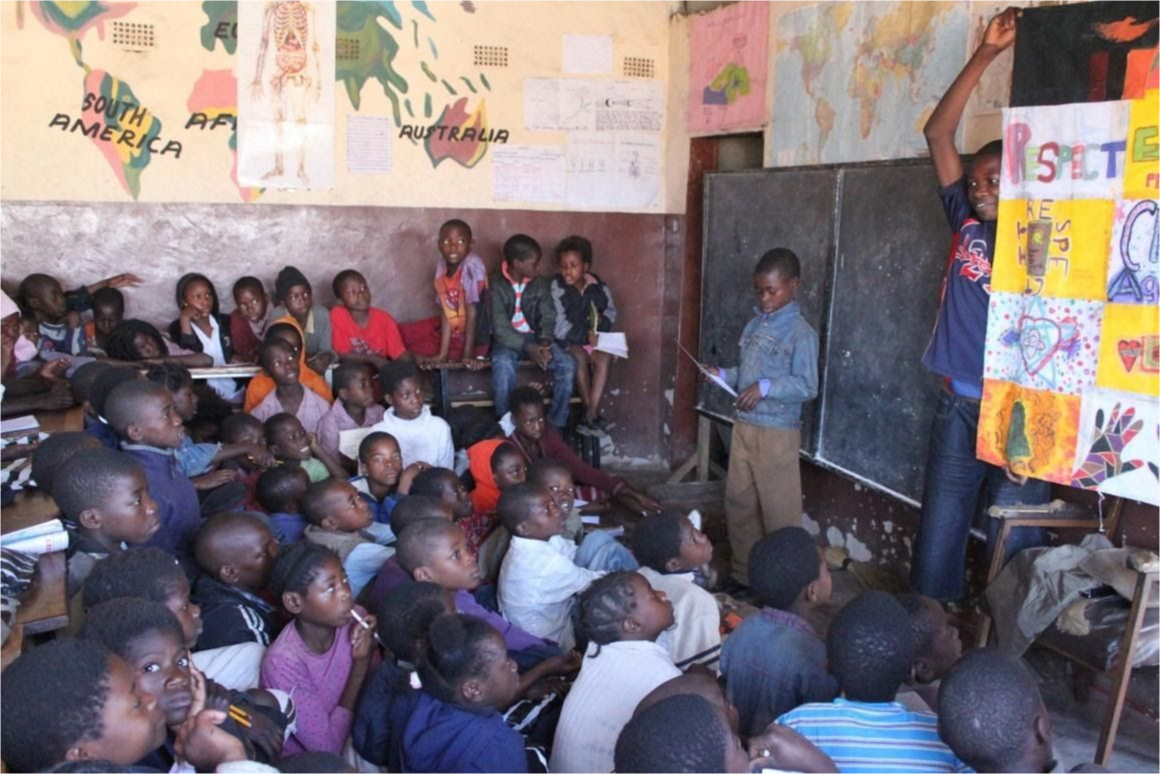 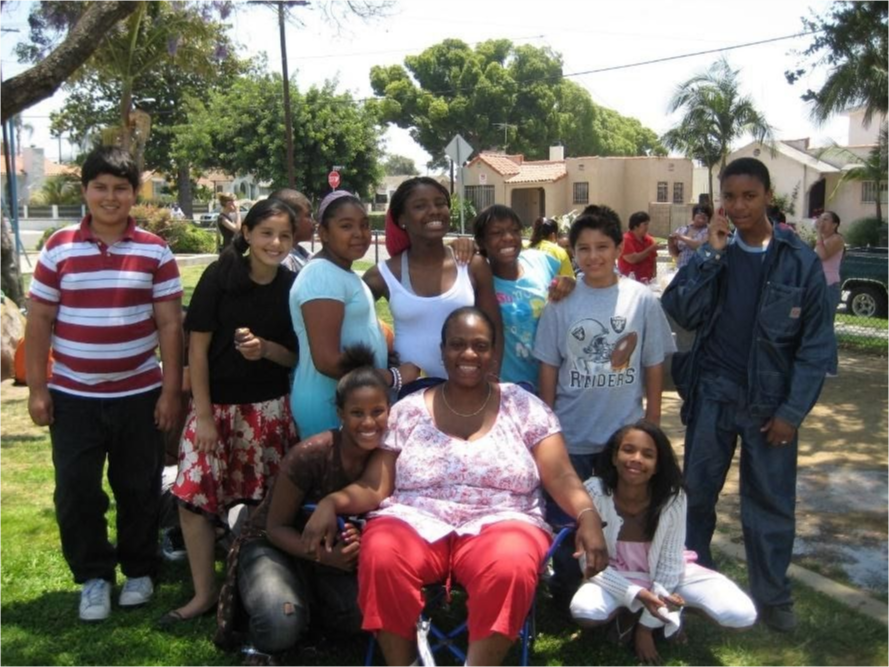 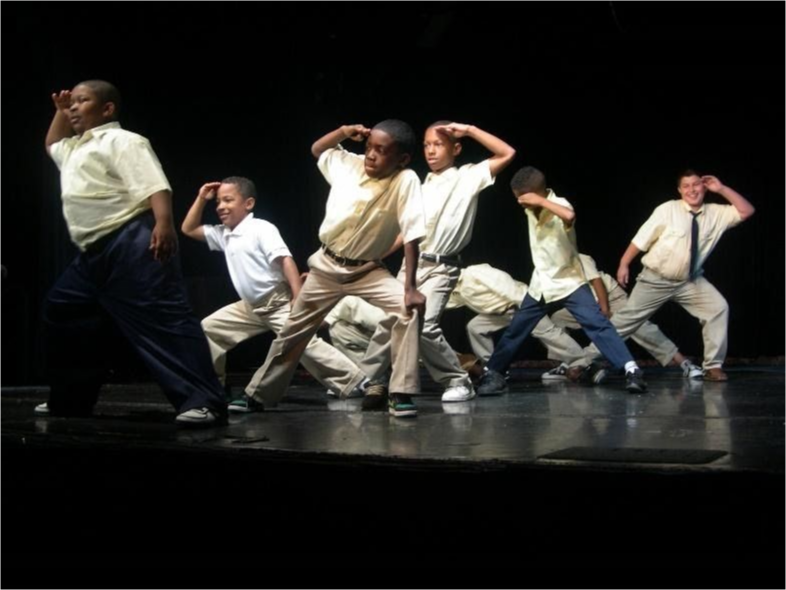 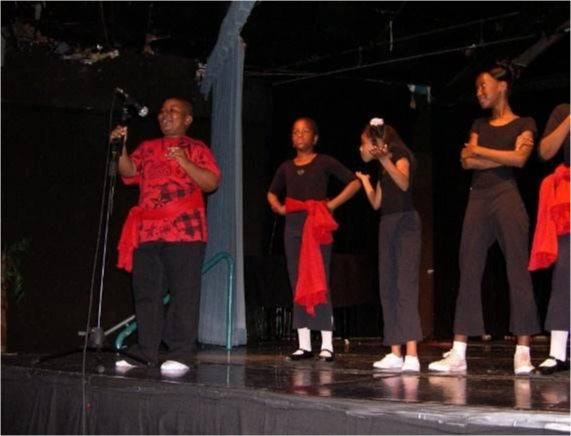 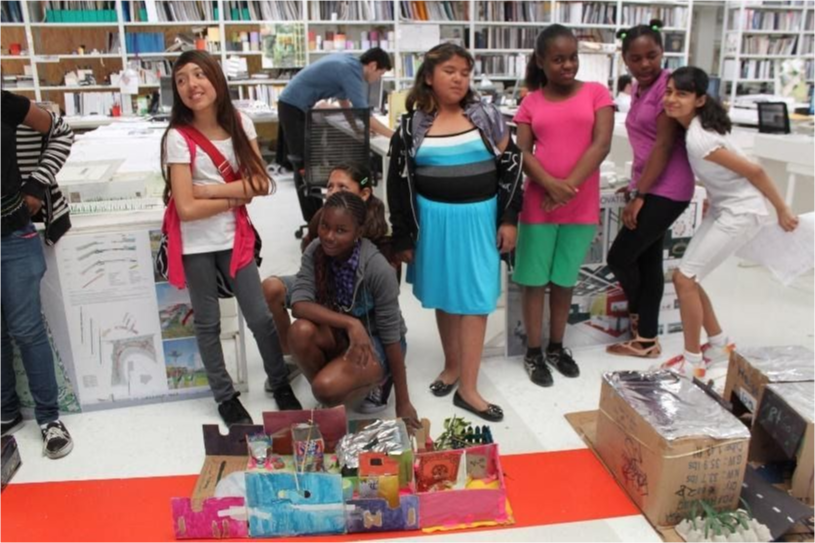 Together, the community annually celebrated ways in which learning had improved life for the local and global human family. Below, student spoke about their habits-of-heart and their community building projects at mastery ceremonies, where they gave parents certificates for the habit they most admired and also  performed  the FCL music that had enhanced their service-learning field trips.

Full-Circle Learning Academy Middle school participated in projects such as a visit to an architect to study ways to generate equitable options for housing and public services.

Students pictured below walked a garden where   Gandhi’s ashes are buried and presented a Walk Around the World presentation for peace. They spoke to guests about the parallels of Martin Luther King, Jr. and Gandhi in the effort to promote nonviolent conflict resolution. 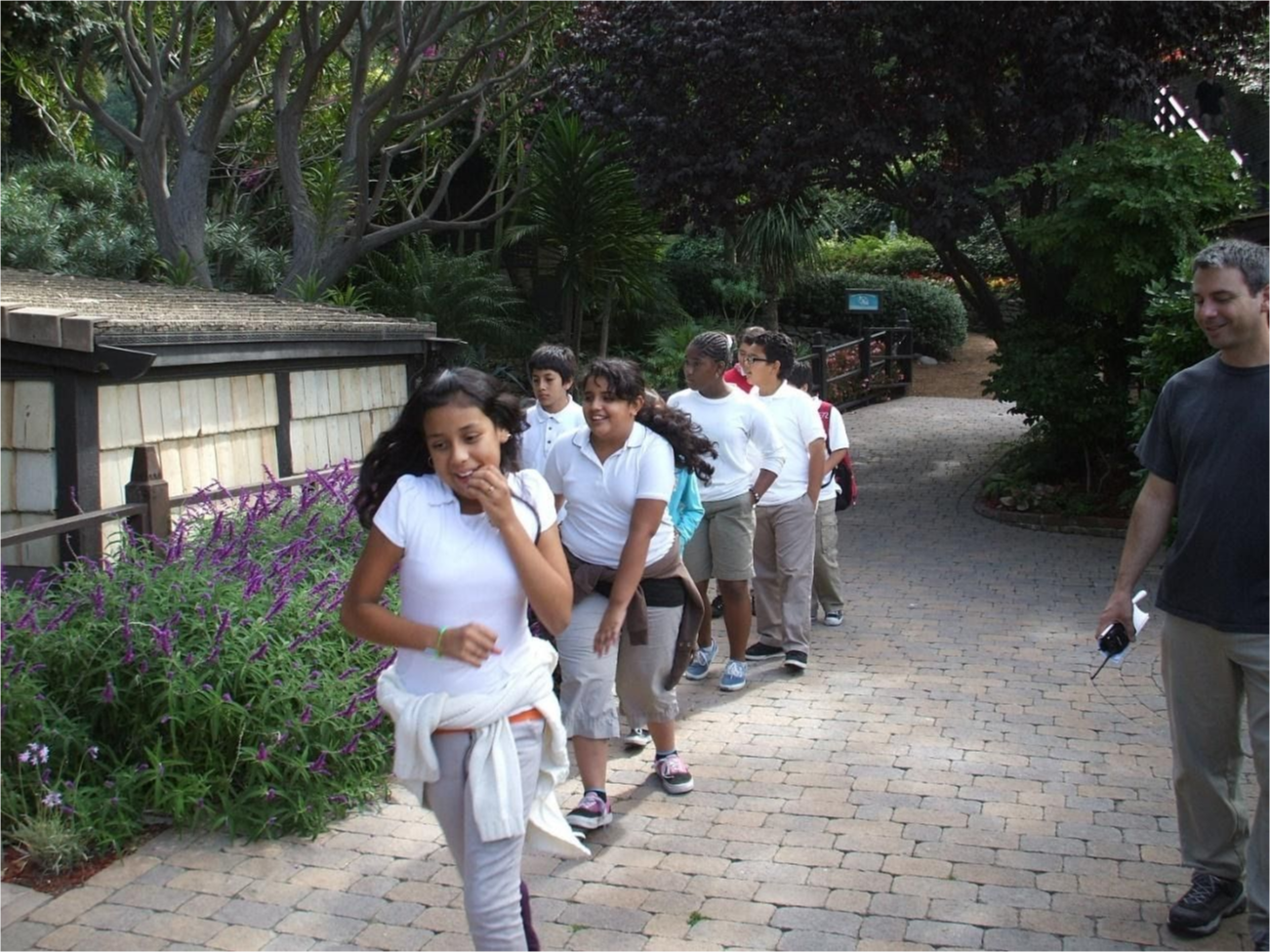