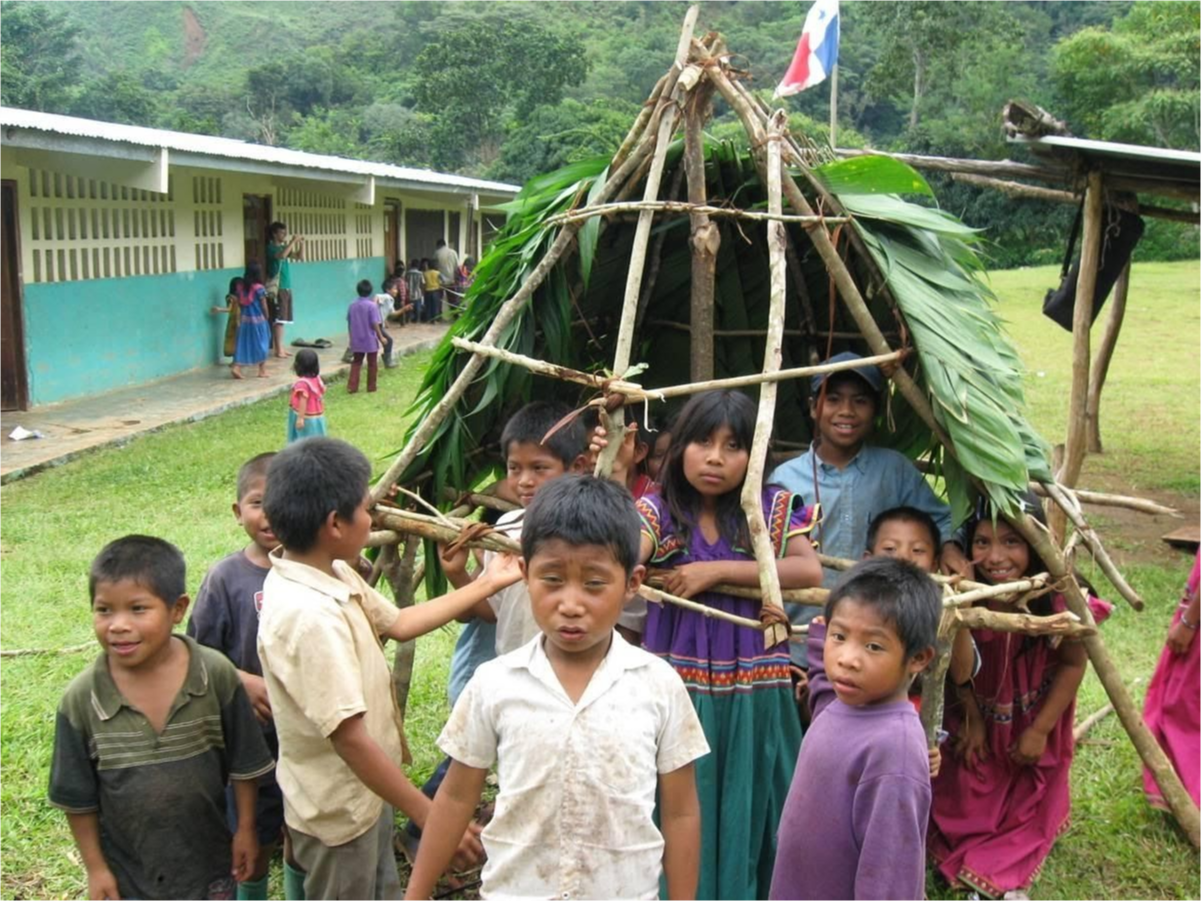 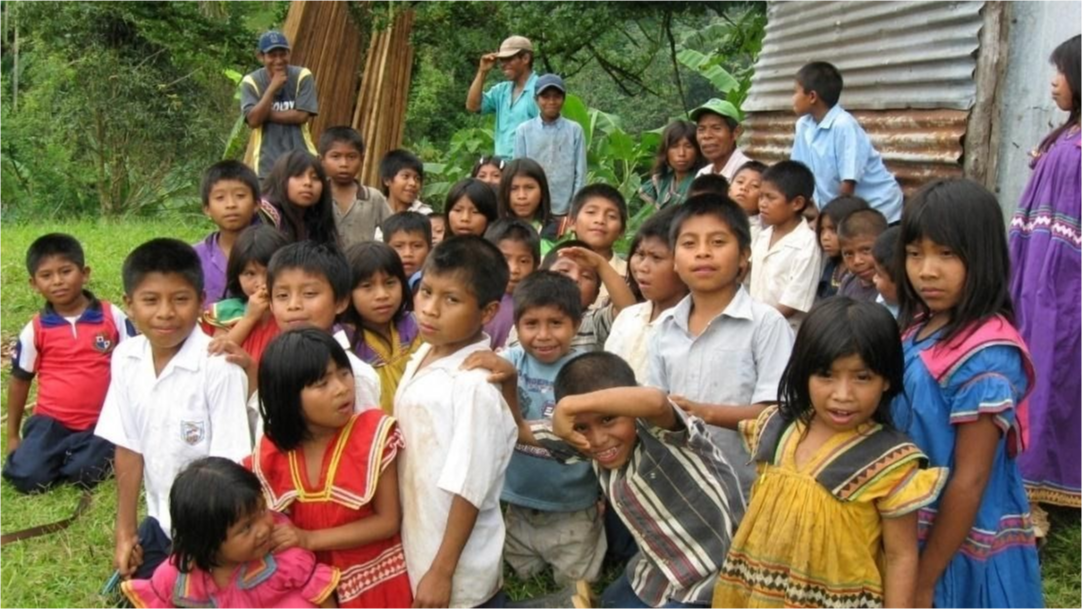 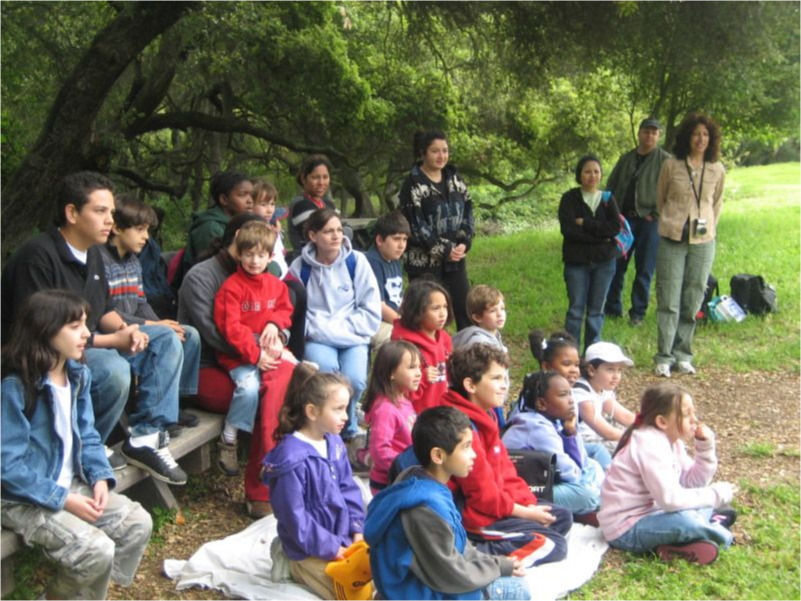 Molejon sits high in the mountains of Panama, in Central America. Its residents are peaceful indigenous people with their own culture and native language. They can happily live without toothbrushes, shoes, bicycles, or car. Their village is a nine-mile walk from Soloy. Roberto, the director of the school, brought horses for Niaz and Nathan, the young visitors from theUS, who came bearing gifts during Full-Circle Learning’s Year of Love(2017).

The volunteers had come with gifts from the students in Tarzana California.These students themselves originate from 44 nations and attend a public school on the outskirts of Los Angeles. They had studied various ways to build a roof, so they could exchange gifts of knowledge with their friends in Molejon, who are building a school. The Tarzana students first practiced ways to help their families “keep the love in and the rain out,” learning to build a treehouse that would weather storms. When the wisdom exchange arrived, in return, they were amazed to see the wisdom exchange that

volunteer Niaz Khadem brought back to them from Molejon. The indigenous children had gathered sticks, leaves and vines to show their traditional process for building a roof adapted to their climate. Back home, the students could not believe the ingenuity of the brothers and sisters so far away.

In the city of Badi, a long walk away, the school told of other love projects they had also completed, to share their ideas with children around the world.

The Tarzana students, meanwhile, held a hikeathon and readathon, climbing a mountain to experience the challenge of collecting raw materials to build a school.

They made a sacrifice basket for the students in Molejon, donating building funds earned through their pledges, along with items they had personally sacrificed to offer as friendship gifts. Some students reported that this project initiated their love of reading, nature and culture, while expanding the ways they showed love.